When we launched Accelo into beta in late February, we didn't know what would happen. Would people like our product? Would people even sign up for it and give it a try?

The answer came within a couple of hours of us flicking the switch and setting the site live. In the last 8 months, we've had companies from 86 countries sign up to use Accelo, including more than half a dozen hardy souls from Egypt who signed up during the middle of the "Arab spring"!

During the beta period, we've had a lot of feedback from users which has made a massive difference to the quality of Accelo. And throughout the period the rate of feedback and engagement has accelerated - aside from emailing us, users can also submit their own ideas and vote for other people's suggestions.

So, what does the transition from beta mean for you and your users?

In short, nothing changes. Your deployment address, your data and your user experience remain the same. However, the one thing that is changing is that during the month of November you're going to need to sign up for a plan to continue using Accelo.

We also took the opportunity during the beta period to look at our pricing and plans. Initially, we thought that our users would value having a choice between the different modules in Accelo. We went into beta with four offerings: sales for client data and sales only, a Work version with clients, projects and invoicing, and a Service version, with clients, support, retainers and invoicing. We also offered a combined "everything" version we called the Suite version.

As it turned out, most of you clients wanted our Suite version. In fact, well over 80% of all active users on Accelo are on the Suite version, making it by far the most dominant. We also received feedback that more than 90% of our users liked the concept of "free" and "paid" users depending on their role, but having multiple versions and multiple user levels was confusing.

So, we reviewed our pricing model to make it simpler and fairer. Now there is only one version of Accelo, which includes everything, and we've lowered the price of the paid Professional user tier from $38/month to prices starting at $29/month. We've also introduced some handy bundles which provide even better prices for Professional users, which we hope will make it even easier for companies to get started and bring all their key staff into Accelo.

In the next couple of weeks, we'll be sending out emails and using visual cues in Accelo to let you know how to select one of our new pricing plans. You'll be able to pay via Mastercard, Visa and American Express, and if you make an annual commitment you'll be able to pay on an invoice (handy if you need to get things approved by finance first). If you've got any questions in the mean time, please don't hesitate to contact us. 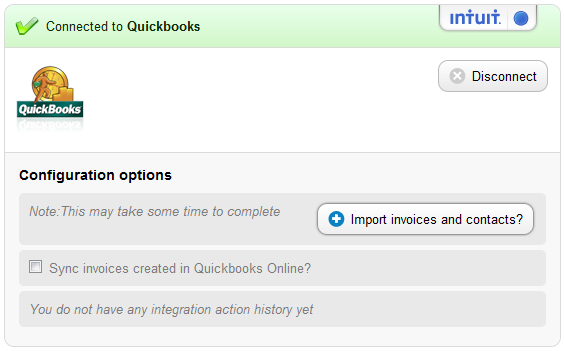 Now you can integrate Accelo with Intuit's new QuickBooks Online and Intuit Anywhere product. For more information and instructions, check our our help page and get started with QuickBooks integration today.

Want to learn more?
Join the thousands of professionals that are running more successful businesses with Accelo
Product
Share

How To Add Company and Contact Information in Accelo

IT Veteran Ignition Builds a Slack App and Places Second...

Nov 23, 2022 read
Try Accelo for 7 Days
Fast and easy setup No credit card required
Get Started Now
Schedule a Live Demo
Tailored to your business All questions answered
Request a Time
Accelo uses cookies to give you the best possible experience - by clicking 'Continue' you agree to our use of cookies. Refer to our Privacy Policy for details. Continue