Accelo accepted into the ATS 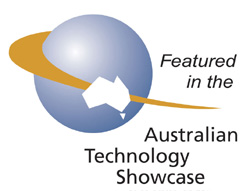 While our users are spread all over the globe, we're still very much an Australian company, and so it is pretty exciting to announce that Accelo has been accepted into the Australian Technology Showcase, or ATS as it is known.

We're excited to have been admitted into the ATS family, and are looking forward to working with Peter, Janelle, Jessica and the crew into the future.

A Client Portal: Could It Be What Your Service Business Is Missing?

You love your clients and want them to be delighted…
11-Aug 2022 • Product • Tech for Business
Try Accelo for 14 Days
Fast and easy setup No credit card required
Get Started Now
Schedule a Live Demo
Tailored to your business All questions answered
Request a Time
Accelo uses cookies to give you the best possible experience - by clicking 'Continue' you agree to our use of cookies. Refer to our Privacy Policy for details. Continue