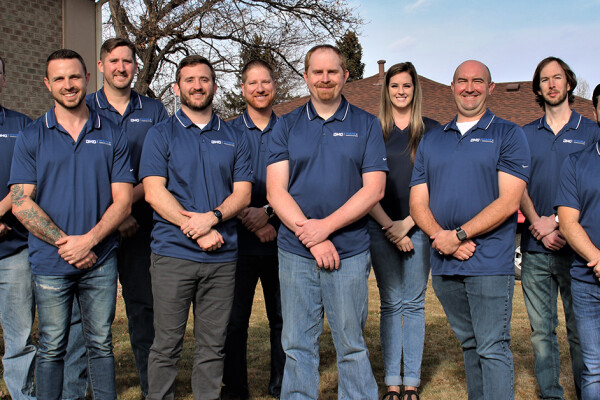 A US engineering firm takes advantage of the transparency offered by Accelo to quickly produce project estimates, monitor its team’s billable hours and boost profits with more accurate billing.

In 2017, the firm was in need of new processes. The team was using at least three different software platforms to manage estimates, keep track of projects and bill clients. Senior Engineer Mike Klein describes that period of time as chaotic.

With Mike’s construction management background, he felt lost without being able to properly analyze costs, scheduling and other key operational components of the business. He frequently travels to consult with clients and work with his distributed team of engineers, so a lack of visibility was particularly problematic.

DH Glabe’s engineers often didn’t bother logging their time because it was such a hassle. The firm used spreadsheets and a proprietary scheduling system that only displayed hours remaining on a project rather than time per engineer.

That made Office Manager Kenzey Klein’s job difficult. Billing was a “nightmare” because she was essentially guessing how many hours to charge clients for. And transitioning estimates into projects took days, which simply wasn’t sustainable in an industry that requires quick movement.

Frustrated and in search of a consolidated solution, Kenzey sent out a TinyPulse survey to gather some ideas from employees. One engineer suggested Accelo, and after vetting the platform, the company's president decided to move forward with implementation.

Kenzey says DH Glabe’s onboarding felt like an effortless transition. Thanks to Accelo’s native integration with QuickBooks and a range of templates for estimates, her administrative woes were suddenly gone.

There was no more guessing about how much to charge each client since she could clearly see buckets of billable and non-billable time.

As a leader, Mike loved the newfound transparency. With Accelo’s accurate and detailed time tracking, he could check on individual engineers’ hours and project progress without having to schedule daily meetings. He also started using the built-in timer to track his own time and get a better sense of how he spends his days.

New projects were no longer delayed when he was on the road. He could have his fellow senior engineers easily turn approved estimates into projects using Accelo’s quote-to-project conversion feature and start assigning tasks in a few clicks. Then, without having to align with his team from different time zones, Mike could check on every project whenever he had time.

The DH Glabe team appreciated the ownership they were granted by being able to see their upcoming projects, due dates and workload in Accelo at any time.

Clients also noticed a positive change in communication, as trigger automations equipped the firm with the power to send follow-ups when project statuses change.

Over the past five years, these daily improvements have saved the DH Glabe team five to 10 hours per week — up to 500 hours per year — that they used to spend on administrative tasks.

They’ve also bled into the leadership team’s decisions. Accelo has given Mike and his colleagues the global view they need to determine when it’s time to hike rates — and thus, drive profitability.

Next, DH Glabe will be looking to expand its team lead roles, and Mike looks forward to having Accelo as a partner to help some of his engineers transition from field work to management.

“We’re using Accelo to find more and more ways to automate and grow,” he says.

If you need one program that handles your estimating, project management, scheduling and billing, Accelo works so well. It’s given us so many more tangible metrics than we had before.
Mike Klein, Senior Engineer

Try Accelo for 14 Days
Fast and easy setup No credit card required
Get Started Now
Schedule a Live Demo
Tailored to your business All questions answered
Request a Time
Accelo uses cookies to give you the best possible experience - by clicking 'Continue' you agree to our use of cookies. Refer to our Privacy Policy for details. Continue