As you may know, our product teams are focused on some major initiatives at the moment, such as a new File Storage platform (now in beta!), a more powerful Reports module and fully Customizable List screens. As we push to ready them all for beta usage, we're continuing with everyday fixes and improvements to enable your teams to focus on doing the work they love. 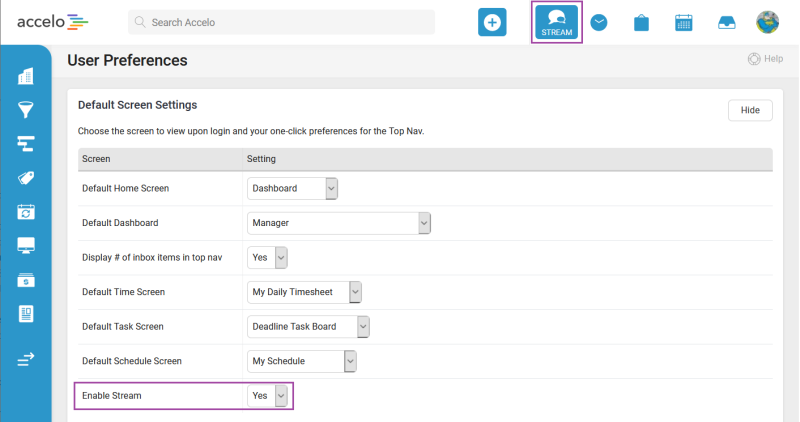 If you've integrated Accelo with Salesforce, chances are you have also used a Sandbox in Salesforce to test some of the integration features. If you happened to connect to production, disconnect and later reconnect, you might have found that subsequent connection to the production account with Accelo triggered a re-import of data from Salesforce. This could be a bit frustrating if you had new Salesforce users to map with Accelo users before running the import, resulting in some data being brought in with the incorrect account manager set.

Several users were impacted by an intermittent problem with the way Timesheet Report excel files were being generated under-the-hood by Accelo. It meant that sometimes the file you requested turned out to be missing most of the timesheet data (especially if it was a report spanning timesheet data for many weeks) and Excel might have thought the file was corrupt. We made improvements across the code and infrastructure to be sure this issue can't present itself any further!

Until this point, our contact integration with Microsoft 365 required that, for a contact coming into Accelo to match an existing contact in our system, the names had to match exactly. So "John Smith" would not match "john smith". This case-sensitive requirement can be useful in some data comparison processes, but in this case, it would mean less of your contact data would sync up with Accelo's contact data - so we have removed that requirement.

That is, making it impossible for 2 contacts to be merged in both directions. Unfortunately a small number of users attempted this, possibly because when they started merging contact A into contact B, the system was taking some time to complete the process, so they then commenced merging contact B into contact A!  - the result was that both contacts are merged into one another and deleted. That outcome is no longer a possibility!

Our team noticed that when invoicing a large project, the system could take several seconds to fetch the data for the line items. We've since optimized the queries involved - particularly for fetching all the related work/activities for each line item - to ensure they load more quickly.

See a Demo of the New Projects Module- Going Live This Weekend!

After months of hard work (and some long days and...
20-Aug 2016 • Product
See how accelo can work for your business.
Try Free
How helpful was this page?
4.2 (Based on 13 ratings)
Accelo uses cookies to give you the best possible experience - by clicking 'Continue' you agree to our use of cookies. Refer to our Privacy Policy for details. Continue